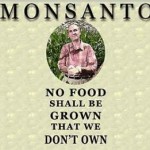 From all indications, the first item on the agenda of our Parliament, after the recess, in October this year, is going to be the consideration of the infamous Plant Breeders’ Bill, otherwise known all over the world, as the “Monsanto Law”.

What this means is that the Parliamentary sub-committee on Constitutional, Legal, and Parliamentary Affairs will be expected to present a report to the floor of the House on the various petitions received by the House, as directed by the Speaker.

The problem is that judging from the various pronouncements of several MPs on this Committee, the mood is clearly one of going ahead to pass the Bill in spite of the overwhelming public opposition to it. In order to do so, it is expected that the report would attempt to rubbish the concerns raised in these petitions as baseless and unfounded, as they have been doing in interviews and Press Conferences.

A crucial issue we call on the public to keep a keen eye on is the fact of the illegitimacy of the bill itself. This was beautifully highlighted in the petition presented by more than 50 international CSOs and NGOs. A reading of that particular petition shows clearly that the accompanying Memorandum to the Plant Breeders’ Bill sent to Parliament by the Attorney-General and Minister for Justice, was at best, based on false premises, or at worst, designed to mislead the House in favour of the Bill. See: Ghana’s Plant Breeders Bill Lacks Legitimacy! It Must Be Revised! :

“The Bill is modeled on the International Convention for the Protection of New Varieties of Plants of 1991 (UPOV 1991) which a rigid and an inflexible regime for plant variety protection (PVP). It is worth noting that today out of the 71 UPOV members, only a fraction – about 22 developing countries are members of UPOV. Most of these developing countries (e.g. Brazil, China, Argentina, South Africa) and even some developed countries (e.g. Norway) are not members of UPOV 1991 but rather UPOV 1978, which is a far more flexible regime.

Ghana has full flexibility under the World Trade Organization (WTO) to develop an effective “sui generis” system for plant variety protection, i.e. to develop a unique system that suits its needs. In view of this, it is truly unfortunate and even irrational that instead of designing a PVP regime that reflects the agricultural framework and realities of Ghana as some other countries have done (e.g. India, Thailand, Ethiopia), Ghana is choosing to adopt and be bound by UPOV 1991 without any concrete evidence or impact assessment of the necessity and impacts of adopting such a regime.”

In the Memorandum accompanying the Bill, the Attorney-General and Minister for Justice, Mrs. Marietta Brew Appiah-Oppong, dated 28th May, 2013 states:

“The Trade Related Aspects of Intellectual Property Rights (TRIPS) which resulted from the negotiations of the Uruguay Round requires contracting parties to protect varieties either by patent or by an effective sui generic system of protection or by a hybrid of these two systems which is the plant breeders rights system.”

Without any explanation, she goes further to indicate:

“Clause 1 of the Bill defines the scope of application of the Bill. Ghana has opted to apply the requirement for compliance with the International Convention for the Protection of New Varieties of Plants of December 2, 1961 and subsequently revised on November 10th, 1972, on 23rd October, 1978 and on 19th March, 1991.” See: Memorandum to the Plant Breeders’ Bill 2013 Publications | Parliament of Ghana.

Her words are so misleading as to be a lie. UPOV is harmful and unnecessary:

“The Memorandum to the Bill falsely argues that farmers have the right to use protected varieties as a source for further research and breeding activities. In actual fact under the Bill, if a protected variety is used for further breeding and where the variety developed from the protected variety is an essentially derived variety (EDVs), breeders’ rights extend to the EDVs. This concept of EDVs is highly contentious and uncertain. Many advanced developed countries are still grappling with this concept and its implementation. What is or is not an EDV is a question already under extensive litigation and court and arbitration disputes. These types of provision favor multinationals, which have immense financial resources at the expense of farmers and even local breeders.  In the US Monsanto has attempted to crush farmers and local breeders in the courts. It is not necessary to include such a provision in the PVP legislation. Many developing countries with successful PVP regimes do not incorporate such a clause in their national legislation.”

The Attorney-General and Minister for Justice, Mrs. Marietta Brew Appiah-Oppong further argues in the Memorandum that:

“The Bill seeks to acknowledge the achievements of breeders of new varieties by making available to them an exclusive right on the basis of a set of uniform and clearly defined principles. This will promote the growth of the seed industry and safeguard the lawful right and interest of plant breeders. Furthermore, the Bill seeks to regulate the production, offer for sale, sale, marketing and advertisement of new varieties. The Trade Related Aspects of Intellectual Property Rights (TRIPS) which resulted from the negotiations of the Uruguay Round requires contracting parties to protect varieties either by patent or by an effective sui generic system of protection or by a hybrid of these two systems which is the plant breeders rights system. The plant breeder rights system permits farmers to save and replant seed and provides them with the right to use protected varieties as a source of further research and breeding activities.”

This is a blatant falsehood! The Ministry of Justice is rushing to impose UPOV on Ghana without any justification and on the basis of lies. Mrs Grace Ishaque, Principal State Attorney with Ministry of Justice in Ghana seems to be the main focal point on the matter. She represented Ghana at the ARIPO meeting in Malawi, where she told those campaigning against UPOV that “it is the farmers that want Ghana to implement UPOV 1991″!  Anyone who knows any farmers knows that is a lie.

Ghana is a member of the World Trade Organization and the rights and obligations concerning intellectual property are governed by the WTO Agreement on Trade Related Aspects of Intellectual Property Rights (TRIPS Agreement). According to Article 27.3(b) of the TRIPS Agreement, Ghana has to provide protection of plant varieties by an “effective sui generis” system. Sui generis means “unique to Ghana” system of protection.  A sui generis system will address what Ghanaian farmers actually need now, not what megacorporations want to impose on Ghana.   This provision allows Ghana maximum flexibility in the design of plant variety protection (PVP), UPOV is rigidly hostile to small farmers and entirely unnecessary. Ghana needs its own sui generis system tailored to the needs of our farmers and plant breeders.

For Life, the Environment, and Social Justice!
Communications Lead, FSG