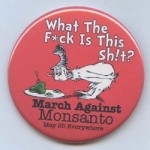 The Fast Track High court in Accra today sat for the fourth hearing of the case submitted by plaintiffs Food Sovereignty Ghana (FSG) against the Ministry of Food & Agriculture and the National Biosafety Committee.

The Judge Kofi Essel Mensah granted the request for joinder by the Ghana National Farmer’s Association (GNAFF) as the 5th defendants in the case. Despite a spirited defense by the lawyer for the plaintiff, George Tetteh Wayo, making the case that the issue of Genetically Modified Organisms (GMO) was one of national interest, he reminded the court that the Ministry of Food and Agriculture is the state body with the mandate to oversee the interests of all farmers and there was no need to allow the GNAFF to join the case. He stated that the leadership of the GNAFF were pro-GMO and did not reflect the majority of its members who were not aware of the issues surrounding GMOs in Ghana.

The ruling of the judge leans towards allowing the views of all stakeholders and interested parties to this suit against the commercialization of genetically modified cowpeas and rice in Ghana.

Also present in court was the Chairperson of the CPP, Madam Samia Nkrumah who also indicated after the proceedings that the party would apply to join the case in court to ensure that Ghana does not accept the commercialization of GM foods. Representatives of farmers and Chiefs from Goaso in the Brong Ahafo region also attended the court case and expressed interest to join the case citing concerns of negative experiences broadcast on international media of farmers in foreign lands such as India, Mexico, Brazil who have grown GM crops for years.

The Attorney General’s (AG) Department and the recently launched National Biosafety Authority had on the second appearance on March 3 requested to be joined to the original suit as 3rd and 4th defendants respectively.

Ghana is a signatory to the Cartagena Protocol and in accordance with its legal obligations is expected to have embarked on a widespread public education campaign to engage all stakeholders on the entire issue of GMOs before any commercialization. FSG maintains that this has not been done as most Ghanaians are only getting to learn of GMOs through reportage that emanates from the court proceedings.

The case was first heard on February 17th of this year. Food Sovereignty Ghana is a social justice-oriented civil society organisation that seeks to promote the right to good and healthy food, among others. FSG shall continue to pursue through every legal means possible to ensure that the rights of our farmers, consumers and the sanity of our environment is guaranteed as provided by our constitution.