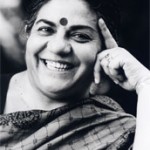 Dr. Vandana Shiva is embarking on a three-nation tour in Africa of which we are most fortunate to be included. The tour will take Dr. Shiva to Zimbabawe, then to Ghana, and end in Tanzania. Dr. Shiva  will arrive in Ghana in the evening of Sunday, 8th June, and leaves for Tanzania in the evening of Tuesday, 10th of June.Dr. Shiva’s trip is under the auspices of  Alliance for Food Sovereignty in Africa AFSA. AFSA believes:

“The Industry is aggressively lobbying and flying around presumably converted GM proponents to convince African government and society to accept industrial agriculture including the adoption of GMOs. African civil society are organizing and resisting this push but they need an understanding of the issues and strengthened to fight more and more. This concept note is to bring Dr.Vandana Shiva to three African countries, Ghana, Zimbabwe and Uganda, to give public lectures on issues of industrial agriculture, specifically on her experience on issues of GMOs and green revolution in India.”Dr. Shiva will be accompanied by Dr. Million Belay, in his capacity as a coordinator of AFSA.

The highlights of the visit include a Press Conference in the morning of Monday, 9th June, at the International Press Centre, Accra, at 10.30am. This will be followed up with a Public Forum at the Paloma Hotel, Accra, at 14.00pm. Her two-day visit also includes radio and television interviews and meetings with representatives of civil society organisations and farmers’ groups.

“Shiva’s record has been that of the totally committed, productive and effective activist-advocate-intellectual. As an activist she has co-ordinated, supported and learned from grassroots networks on a wide range of issues across India. As an advocate, especially in international fora, she has proved one of the most articulate spokespersons of counter-development in favour of people-centered, participatory processes. As an intellectual she has produced a stream of important books and articles, which have done much both to form and address the agenda of development debate and action.Her foundation is an informal network of researchers, working in support of people’s environmental struggles, part of the objective of which is the articulation and justification of people’s knowledge. The foundation has done important work in a number of areas… “

Dr. Shiva is the founder of the Research Foundation for Science, Technology and Ecology, which is the network of researchers, and also of Navdanya, a women and small farmers movement,which has set up 120 community Seed Banks, and helped more than 750000 farmers make a transition to Agroecology.We look forward to welcoming Dr. Shiva, and invite the public to kindly display our famed Ghanaian hospitality.