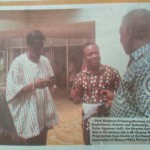 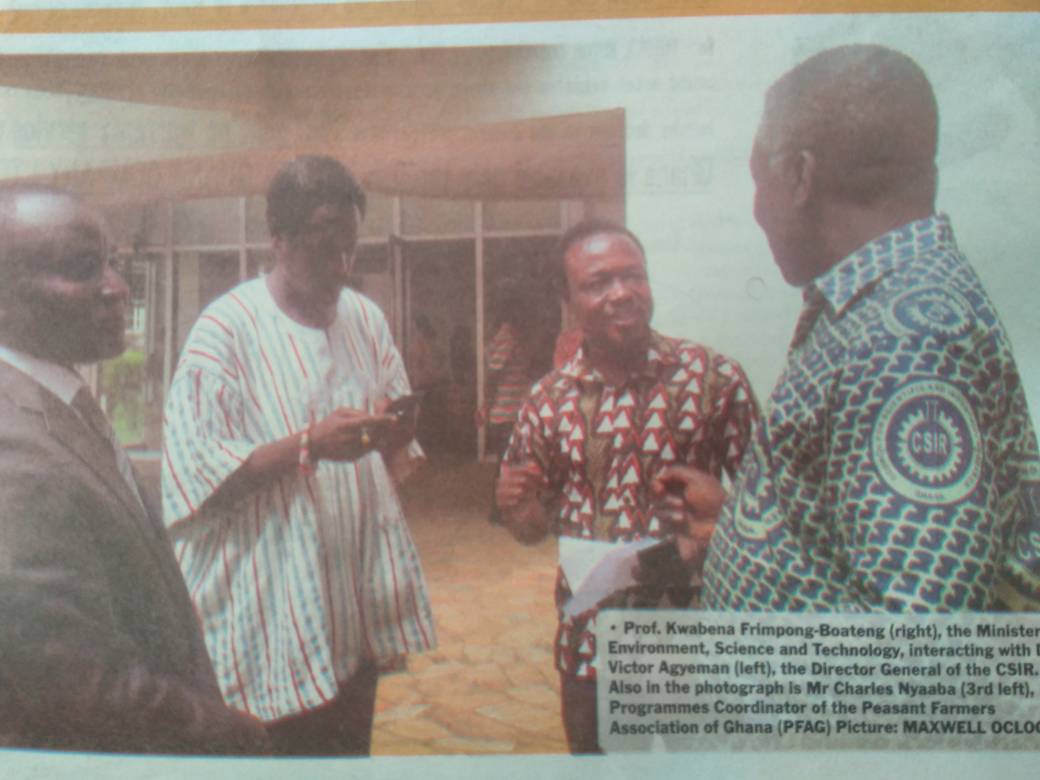 Food Sovereignty Ghana (FSG) on Tuesday morning April 10 participated in a seminar organised by the National Bio Safety Authority (NBA) at the Teachers Hall in Accra.  The seminar which was under the theme: “Can Genetically Modified Organisms (GMO) contribute to the socio-economic development of Ghana?” drew stakeholders from both sides of the GMO controversy. Members of the panel included scientists, a socio-economist, an agronomist as well as representation from civil society.  Speaking in favour of the motion, Dr Marian Quain of the Council for Scientific and Industrial Research (CSIR) was the first to make her presentation.  She spoke on the science behind the creation of GMOs and proposed their use to tackle some of the challenges facing the nation. However she was clear that GMOs did not represent the panacea to solve all of Ghana’s agricultural problems.FSG was next to present, citing the lack of scientific consensus on the safety of GMO’s among the scientific community as an early warning sign for Ghana to tread cautiously with regards to policy formulation. FSG stressed that the world was witnessing a phenomenal rise in demand for organic fresh produce and expressed concern at the lack of attention from policy makers to guide Ghana’s agricultural direction towards meeting the needs of these growing and lucrative markets.