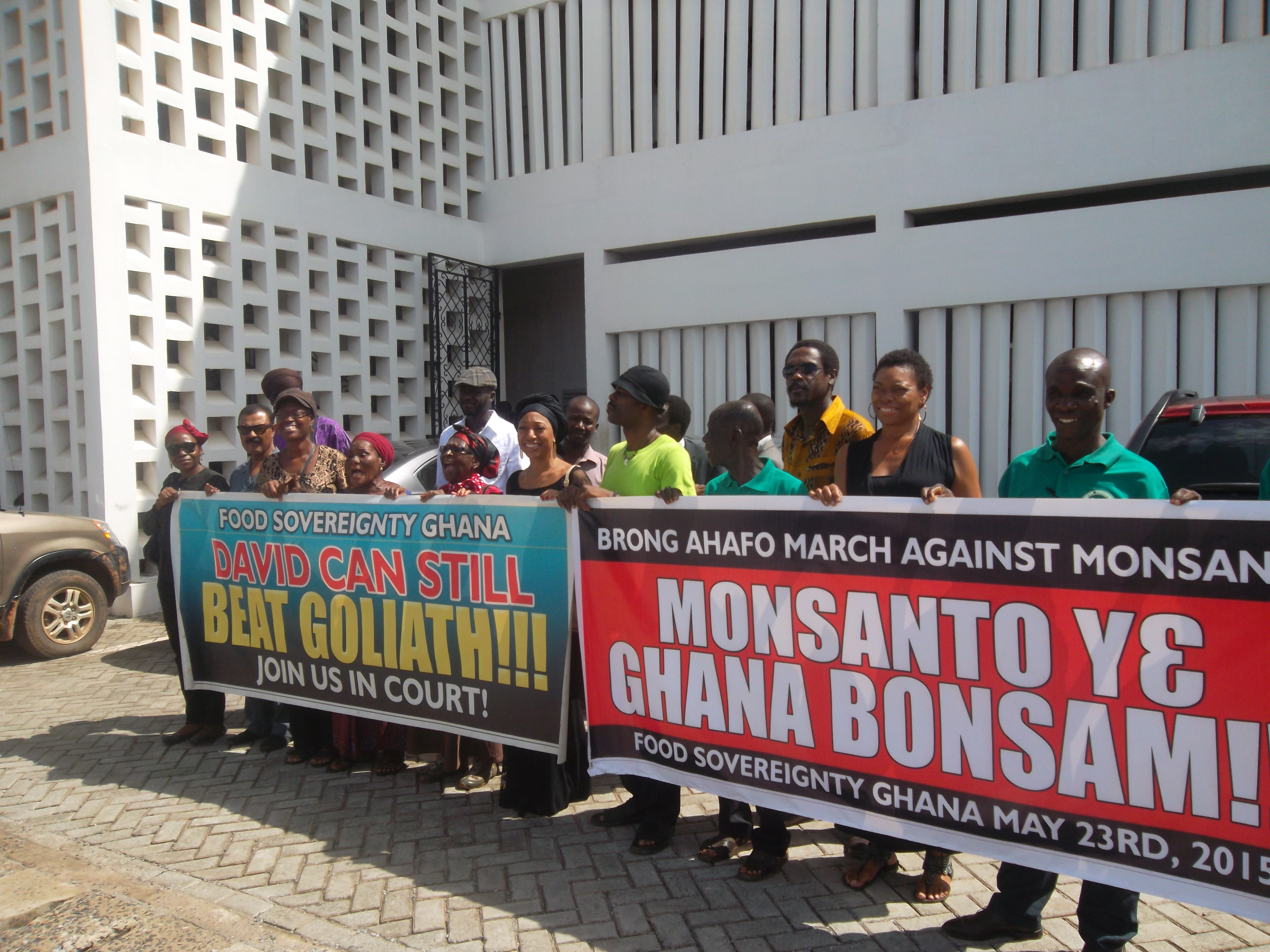 The case in which Food Sovereignty Ghana is seeking an injunction of the commercial release of Bt cowpeas and GM rice in Ghana is scheduled to be heard today at the Accra High Court today, 8th July, 2015.

The FSG has been joined in the suit which was filed with the National Biosafety Committee, The Ministry of Agriculture, the Attorney-General’s Department, as well as the newly inaugurated Natioanal Biosafety Authority, as the Defendants, has since been joined by the Convention People’s Party and Kanyan Akuafo Kuo, a farmer’s group from Goaso.

At the last court hearing, the judge directed that the original writ be amended to reflect all new parties on board within 14 days. The injunction on the release of bt cowpeas and rice remains effective and the case was adjourned to July 8 at 9am.