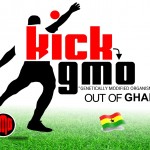 In the widely circulated news report, Mr. Havor dismissed concerns that GMO crops could be harmful and could damage the health of consumers. We find his pronouncements to be extremely inaccurate, misleading and worrying.

Our simple response is that the concerns about GMOs are widespread and totally reasonable given the overwhelming quantum of independent research findings which question their safety for human health and expose their negative effects on the environment. Furthermore, Mr. Havor’s assurances of the safety of GMOs run counter to the peer-reviewed publication in the European Network of Scientists for Social and Environmental Responsibilities, involving “scientists, physicians, academics, and experts from disciplines relevant to the scientific, legal, social and safety assessment aspects of genetically modified organisms (GMOs)”… strongly reject claims by GM seed developers and some scientists, commentators, and journalists that there is a “scientific consensus” on GMO safety…”  See: No scientific consensus on GMO safety http://www.ensser.org/increasing-public-information/no-scientific-consensus-on-gmo-safety/

FSG like these independent experts, “endorse the need for further independent scientific inquiry and informed public discussion on GM product safety and urge GM proponents to do the same”.

What we find worrying is that these absolutely unsubstantiated claims on the safety of GMO’s once more, expose the agenda of a multinational agro business lobby that seeks at all costs, to recruit stakeholders in many countries especially those in under-developed ones like Ghana.

In a well-researched book by US public interest attorney Steven Druker he indicates that the commercialization of GM food in the US was based on a massive fraud. The FDA files revealed that GM foods first achieved commercialization in 1992 but only because the FDA covered up the extensive warnings of its own scientists about their dangers, lied about the facts and then violated federal food safety law by permitting these foods to be marketed without having been proven safe through standard testing.

If the FDA had heeded its own experts’ advice and publicly acknowledged their warnings that GM foods entailed higher risks than their conventional counterparts, Druker says that the GM food venture would have imploded and never gained traction anywhere. He also argues that that many well-placed scientists have repeatedly issued misleading statements about GM foods, and so have leading scientific institutions such as the US National Academy of Sciences, the American Association for the Advancement of Science and the UK’s Royal Society.

Druker states that contrary to the claims of biotech advocates, humans have indeed been harmed by consuming the output of genetic engineering. He also explains that laboratory animals have also suffered from eating products of genetic engineering, and well-conducted tests with GM crops have yielded many troubling results, including intestinal abnormalities, liver disturbances, and impaired immune systems.” See: “Altered Genes, Twisted Truths” : A Challenge to Monsanto By Colin Todhunter, Global Research, May 22, 2015 https://shar.es/1UpH1n,

In addition to all these, the GMO technology is not even delivering what the proponents promise it will deliver. As a recent article in New York Times, eloquently proclaimed: “The controversy over genetically modified crops has long focused on largely unsubstantiated fears that they are unsafe to eat… the debate has missed a more basic problem — genetic modification in the United States and Canada has not accelerated increases in crop yields or led to an overall reduction in the use of chemical pesticides”. See: Doubts About the Promised Bounty of Genetically Modified Crops - By DANNY HAKIMOCT. 29, 2016 The New York Times https://www.nytimes.com/2016/10/30/business/gmo-promise-falls-short.html

A recent documentary aired globally on Al Jazeera, “Circle of Poison” exposed the unethical corporate practices of the world’s leading agro business entities who have been implicated in all sorts of fraud and it is often these very companies whose underhand dealings are responsible for corrupting government officials in different countries to their advantage. See: Circle of Poison - Al Jazeera English http://www.aljazeera.com/programmes/specialseries/2016/11/circle-poison-pesticides-developing-world-161115084547144.html

According to several credible sources, consumer demand for non GMO produce has doubled and even in some cases tripled in recent times. To verify this, any Ghanaian with a relative living abroad can confirm this fact to help put the Pro GMO lobby efforts at convincing Ghanaians into real context contrary to world trends that this is not the sustainable way forward with agriculture. See: USDA ERS – Organic Market Overview https://www.ers.usda.gov/topics/natural-resources-environment/organic-agriculture/organic-market-overview.aspx

Daniel Aghan, Head of Communications and Advocacy at the African Seed Trade Association says “there are numerous available opportunities for Africans to accelerate the development of the continent if more countries adopt GMOs”.  What he has not been generous in sharing with the public is the fact that nineteen out of twenty eight EU countries have opted not to participate in GMO based agriculture.  There is abundant evidence to refute the claims that GMO’s produce higher yields and use less pesticides.  It is unfortunate that there is such a concerted effort to introduce to Ghana what other countries have strategically decided to avoid.  The Chinese military recently banned GMO for their consumption.  This is a clear indication that the super power is aware of the long term implications of consuming GMO on their well-being as a leading nation.

Right across our border the government of Burkina Faso has made a strategic about turn in its quest to develop GM cotton in the country after the experiment’s abysmal five year performance.   This was a complete failure even at the grassroots level where the amount of money farmers received was reduced because the weight of the cotton, the length of the fibres were all of less quality than the traditionally grown variety.  The poor performance of the GM cotton project in Burkina is likely what informed Monsanto’s recent withdrawal of budgetary support for the GM cotton project in Northern Ghana.  It is most unfortunate especially since inaccurate contributions from people like him go to confuse Ghanaians of the realities on the ground. See: Burkina Faso abandons GM cotton | eco@africa | DW | 13.01.2017 http://www.dw.com/en/burkina-faso-abandons-gm-cotton/a-37116193

“Ghana loses 7.6 billion US dollars every year due to malnutrition. This is improved seeds; this is new technology seeds that can turn around the production of food… This is a technology that can turn around the fortunes of Africa and Ghana,” Mr. Aghan noted.  The sources of nutrition have drastically changed in Ghana.  Instead of patronizing more traditional foods with higher nutritional value, western inspired lifestyles have encouraged a switching to less nutritious fast foods of convenience with devastating effects on childhood development.   Hardy local perennial grains such as fonio, millet, and sorghum have been substituted for corn and white rice with higher starch contents and less vitamins and minerals.

Those who advocate for GMO based agriculture in Ghana should ask what informs the cautious approach to GMOs by the governments of France, Germany, Greece, Italy, the Netherlands, Russia, Scotland and many more.

Unfortunately and naturally, GMO advocates never mention the unethical practices that often result in the passing of hazardous products as “safe”.  It is on the back of these “engineered safety tests” that the world is deceived into thinking that GMO’s are not harmful.  Without the voice of organisations such as FSG, Ghanaians would be misled on the actual real truths behind questionable regulation. See: Court Documents Reveal Monsanto Edited “Independent” Scientific Review | New York Legal Examiner | New York http://newyork.legalexaminer.com/toxic-substances/court-documents-reveal-monsanto-edited-independent-scientific-review/

Pro GM advocates have always touted the technology as crucial to help farmers deal effectively with pest attacks and the impact of climate change.  The truth is all evidence is pointing to a need to make a dynamic shift from commercial large scale agriculture to more agro ecological ways of producing food.  Agro ecology takes into consideration the surrounding natural environment existing and ensures that all farming practices and human interventions are done in a sustainable manner which will essentially ensure a perpetuation of a balanced ecosystem.   Today the Boll Army worm is ravaging fields all across this nation with farmers struggling to control the pest using chemicals.  There is no denying the increased resistance that has developed in recent years amongst many GM crop pests including the current growing resistance of the pink boll worm in India to GM cotton and its chemical cocktails. Pink bollworm develops resistance to Bt cotton http://www.deccanchronicle.com/nation/in-other-news/120516/pink-bollworm-develops-resistance-to-bt-cotton.html

A wide coalition of stakeholders has already expressed concern about the introduction of GMO into our food system. These include the Christian Council of Ghana, The Catholic Bishops Conference, The Ghana Muslim Mission, The Office of The Chief Imam, The Peasant Farmers Association, The Convention People’s Party (CPP), the Vegetarian Association of Ghana, the General Agricultural Workers Union (GAWU) of the Trade Union Congress, The Convention People’s Party and the Rastafari Council, Center for Indigenous Knowledge and Organizational Development (CIKOD), Food Span among others.

Surely this constitutes a significant collection of key stakeholders in this nation who will disagree with Ghana continuing down the path we seem to be heading regarding adopting GMO agriculture. All these stakeholders can read in between the lines of the pro GMO position.

A national debate involving all stakeholders on the suitability of GMO’s in the Ghana food industry will help reach a consensus on a sustainable national position as well as to help expose the lack of engagement that has so far been the hall mark of the entire GMO agenda in Ghana.  A more transparent process is needed to settle the controversial issue which conveniently did not find a voice on any political party campaign platform leading up to the recent election in 2016.

What Ghana needs is Agro-ecology, not GM Technology! See: Why GMOs won’t feed the hungry of the world but agroecology can http://www.gmwatch.org/en/news/latest-news/17740-why-gmos-won-t-feed-the-hungry-of-the-world-but-agroecology-can