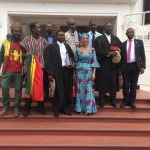 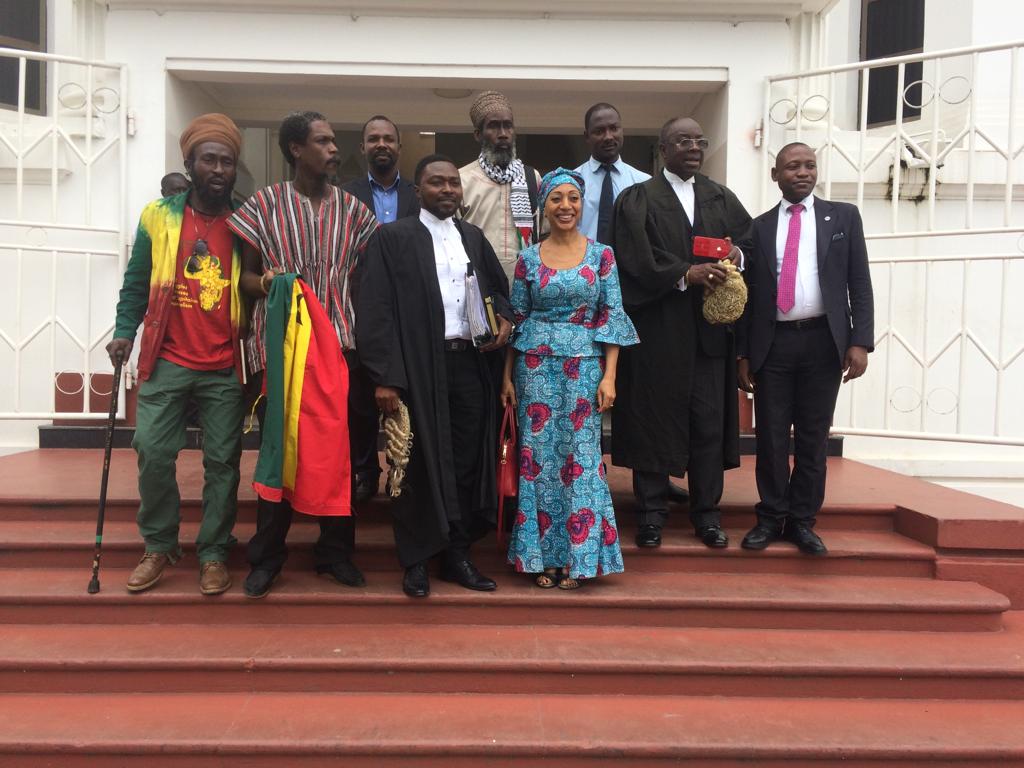 Food Sovereignty Ghana (FSG) appeared before the Supreme Court today in a case in which one of the defendants sought to challenge a High Court ruling on the court’s jurisdiction to hear a petition brought before it by FSG and three others.

In a decision which did not take long to conclude, the highest court of the land ruled that the Human Rights High Court did have proper jurisdiction that it applied in ruling on the case brought before it by the four plaintiff parties.

The Supreme Court empaneled by five distinguished legal luminaries also wondered why the plaintiffs had not sought to appeal the High Court’s decision which they disagreed with, rather than invoking the jurisdiction of the Supreme Court.

It would be recalled that in the last appearance before the Human Rights High Court on June 7, Her Ladyship Justice Gifty Agyei Addo ruled in favour of FSG, that the jurisdiction of the Court was properly invoked to seek the reliefs sought by the plaintiffs given that the tribunal of the National Biosafety Authority (NBA) to which the defendants claimed should have been the proper body to hear such a case had not been properly constituted as required by law as of the time the case was first filed.

In his submission to the court, Counsel for the 1st , 3rd and 4th plaintiffs, George Tetteh Wayoe thanked the court for the decision and said the issue of introducing Genetically Modified Organisms (GMO) into Ghana’s food chain had serious implications on the human rights of Ghanaians and thus a competent court of jurisdiction as the court had identified in the High Court’s ruling deserved to hear the case.

FSG hails the Supreme Court ruling as a significant and important victory over the local and international GM lobby that has been eager to flout our laws to introduce Bt cowpeas and GM rice with little or no epidemiological studies investigating the potential effects of their consumption on human health.

For example, the Bt cowpea has not yet been commercialized anywhere in the world. This is the first time that human beings are being expected to consume them. In Ghana, cowpeas are found in staple foods like waakye, garri and beans, ripe plantain and beans (also known as “red red”), etc., hence its impact on the health of the population could be devastating if care is not taken.

For us, the case is clearly a case of human health versus corporate profit. Already, Monsanto’s GM maize, event MON810, which contains the same Cry1Ab gene, and has been approved for human and animal consumption in many countries, has been found to have toxic effects in human liver cells during in vitro experiments exposing the protein produced by MON810 which contains the Cry1Ab gene.

We are particularly pleased that the case was not referred to the so-called GMO Tribunal but in a high court, where we hope to receive unbiased attention and judgement. FSG looks forward to vigorously contest the legal obligations of the National Biosafety Authority in terms of risk assessments, socio-economic impact assessments, as well as public awareness and participation at each stage of the decision-making process leading to the authorization of the confined field trials, which are all standard biosafety practice enshrined in law.

We take this opportunity on such an important milestone to repeat our call to the Food and Drugs Authority (FDA) to ensure that Ghana develops a mandatory labeling regime for any food or feed containing GMO based ingredients.

The case will continue in the Human Rights High Court on Thursday July 11th, as directed in the last sitting.