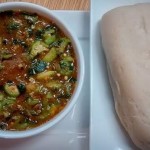 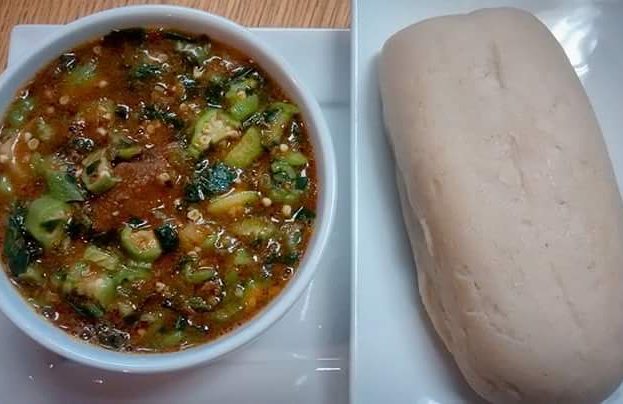 Exactly a year ago today, on 4th March, 2018, news broke out in Ghana, that “four persons have died at Akakpokope, a village in the South Tongu District of the Volta Region after consuming popular delicacy, banku and okro soup.

The victims are said to belong to two separate families who coincidentally seemed to have eaten the same meal”. (See: 4 dead after eating banku and okro soup – https://t.co/PgciWmXcCI)

Later on, after the six people died, laboratory results confirmed “that the ‘Banku’ dish that claimed the lives of six persons at Akakpokofe in the Volta Region contained some poisonous substances, according to the Food and Drugs Authority (FDA)”.

The victims complained of stomach ache after eating the popular Ghanaian staple, banku and okro soup, and died soon after they were admitted to the hospital…

Even before the purchase and release of the chemical product to Ghanaian farmers by the Ministry of Food and Agriculture, Chlorpyrifos was already notorious as a neurotoxic insecticide linked to lower IQs and ADD in exposed children.

As Friends of the Earth put it,

Under Obama, EPA banned chlorpyrifos — a @DowChemical pesticide that has been proven to damage childhood brain development.

Similar questions should be raised in Ghana about how Chlorpyrifos found its way onto the list of insecticides recommended, by the Ministry of Agriculture? See: Recommended insecticides https://t.co/iE6sd0Yewk!

And what is the current status of Chlorpyrifos in Ghana?

It should not have been distributed in the first place. We are yet to hear any sense of responsibility, compensation for the families of the victims, or even apologies, followed by a public withdrawal of the offending material: Chlorpyrifos.

It is not even clear if the offending chemical, Chlorpyrifos, has been withdrawn as we enter this year’s planting season.

Food Sovereignty Ghana (FSG) finds it pathetic and highly irresponsible that one year on, answers to these concerns which ought to have been addressed, and answers made readily available to the public, are still nowhere to be found.

Are we waiting for the next victim(s)?

FSG has repeatedly called for a policy shift in our agriculture to adopt Agroecology. This would ensure a holistic approach to dealing with the impact of chemicals weather in relation to its effect on human health or the integrity of the environment. With increasing global demand for organic food Ghana should be strategically trying to position herself to cater to this growing demand. This is the most sustainable way to guarantee employment for the youth in the industry on a long-term basis.
–
For Life, the Environment, and Social Justice!
Edwin Kweku Andoh Baffour
Communications Directorate, FSG
Contact: +233 207973808
E-mail : info@foodsovereigntyghana.org
Website: http://foodsovereigntyghana.org/
Twitter: https://twitter.com/FoodSovereignGH
Facebook: https://www.facebook.com/FoodSovereigntyGhana