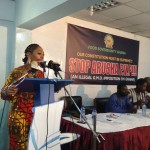 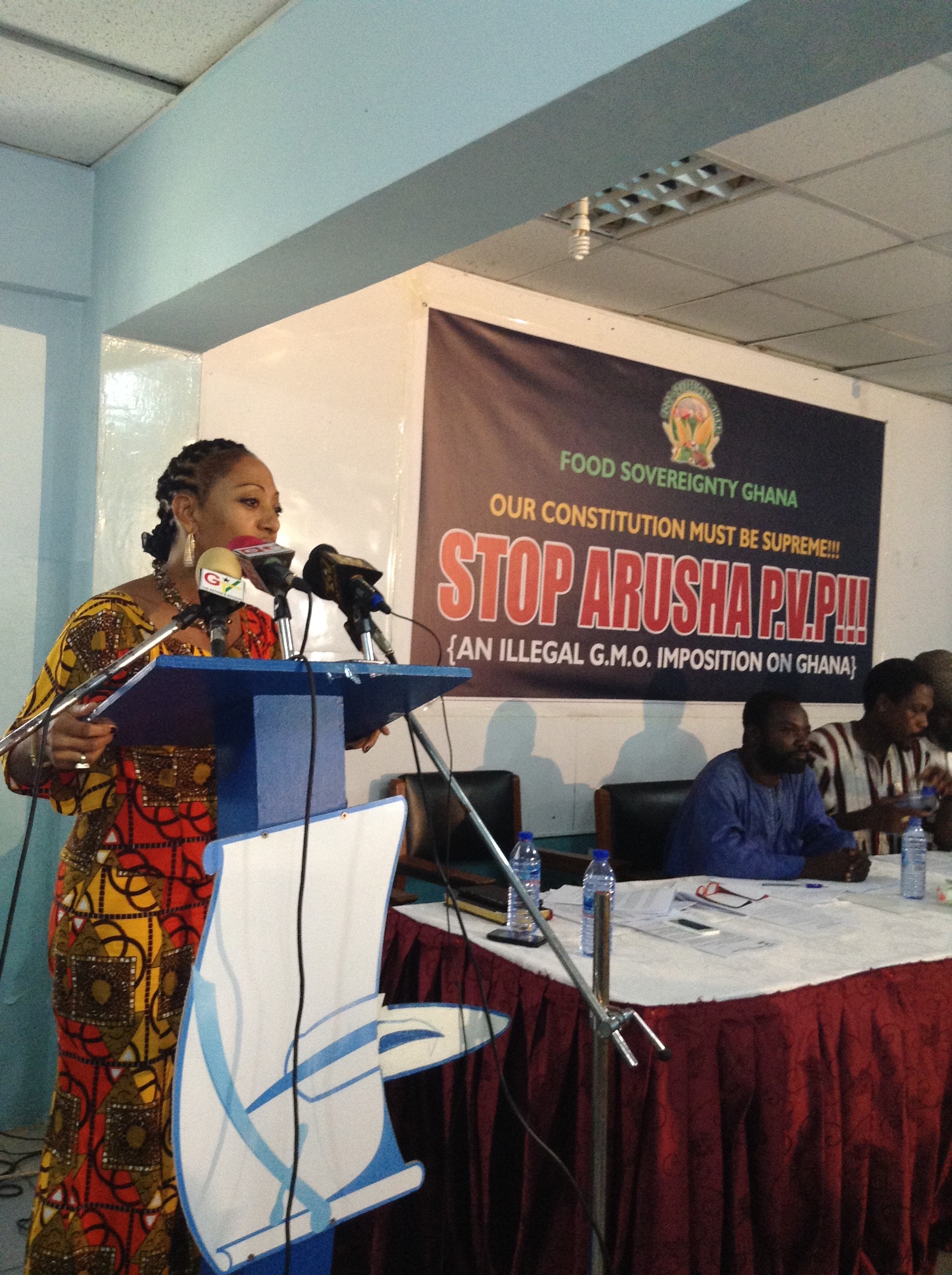 #GMO is an external imposition to which the dominant political parties appear to be complicit. We welcome this! https://t.co/X37hQNvp4k — FoodSovereigntyGhana (@FoodSovereignGH) November 14, 2015

CPP To Campaign Against GMOs During Election 2016

THE CONVENTION People’s Party (CPP) will make the fight against the release of Genetically Modified Foods one of their topmost issues in the 2016 electioneering campaign, the party has hinted.

According to the CPP, the vision of the founder and the first president of the Republic of Ghana, Dr. Kwame Nkrumah was to “protect our farmers’ right and to ultimately make sure that, we protect our traditional way of farming.”

The 2016 presidential hopeful of the CPP, Samia Yaba Nkrumah, made this known at a news coneference in Accra put together by Food Sovereignty Ghana (FSG) on the theme, “An Illegal GMO Imposition on Ghana.”

“…This gives you an idea of the public fear and suspicion of these artificially modified or engineered seeds. Now our party took this decision after consultation with Food Sovereignty Ghana and we were so firm in our conviction with our friends and we decided to join Food Sovereignty in the legal action against or to have an injunction imposed on the release of the GM foods.

“And, I will strongly urge my party to continue to adopt that position. Indeed, we are going to make it an election issue, 2016 will not only be about the economy, or the mismanagement of the economy, but it will also be about Genetically Modified Foods.

“We will challenge any political party, and any leader to tell us why Ghana must introduce genetically modified food. Why Ghana must result to the extreme dangerous, unsafe and unknown way to supposedly increase our yield in production,” she stated.

While showing gratitude to FSG for their leadership role in sensitizing many Ghanaians about the alleged danger of GM foods, the former CPP chair said, “to take a position against the release and the production of genetically modified foods in the country, we are sending a great signal.”

“During my time as the chairperson, of the CPP, I encouraged our party to take a very strong and clear position against the release of genetically modified crops and in fact we joined 51 organizations in petitioning parliament against the plant breeder’s bill that is still before parliament as we speak,” she recounted.

“If we do not resist the bill before parliament, if we do not go back to revise and review the biosafety act 2011 that first introduced GMOs into our country, if we don’t go back and correct these mistakes, our farmers will eventually be forced to abandon our traditional breeding system,” she charges.

“We know that if Ghanaians don’t rise and resist what is happening we are going to lose not only health wise but economically, and politically. So, we are saying we are going to be working and continue working closely with Food Sovereignty Ghana to protect our farmers’ right.”
Source: Daily Heritage