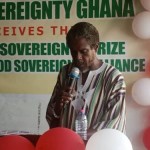 Food Sovereignty Ghana will next year March celebrate its tenth anniversary of existence as a civil society organisation and ironically it was in this very building at the Freedom Center in Accra during a conversation between Comrade Kwesi Pratt Jr and Comrade Ali Masamadi Jehu Appiah our current Chairperson, that the organisation was conceptualized. This international award comes at a moment of reflection on the past decade and the contribution FSG has made to encourage and inspire responsible policy making which will inure to the benefit of human health as well as that of animal life and the environment in Ghana.

We receive this international prize in solidarity with our allies who have supported our work over the years. We acknowledge the invaluable inputs of Lawyer Wayoe Ghanamannti and his partner Yahuda at Dromo chambers for providing us with years of pro bono legal counsel, Madam Samia Yaba Nkrumah for supporting us from the start when food sovereignty was tagged as a nuisance to the pro GM agenda. We salute the Alliance for Food Sovereignty Africa (AFSA), the African Center for Biodiversity in South Africa, General Agricultural Workers Union (GAWU) of the Trades Union Congress of Ghana, The Peasant Farmers Association of Ghana (PFAG), Sustainable Pulse, the Center for Indigenous Knowledge and Organisational Development (CIKOD), The Catholic Bishops Secretariat, The Christian Council of Ghana, the Ghana Muslim Mission and the office of His Eminence the Chief Imam, The Socialist Movement of Ghana, the African Hebrew Israelites, the Rastafari Council of Ghana, Economic Fighters League, Eco-Conscious Citizens, AROCHA Ghana and All Vegetarian Associations in Ghana.

Among a whole host of musical artistes. I would like to thank Bobo Shanti for coming out with the first anti GMO song in 2015 in support of FSG’s advocacy work. Others like Osagyefo, Kojo Kombolo, Konkarah and Ras Revolution among others deserve due recognition. Blakk Rasta, King Jaffi and Empress Lomo we are grateful for giving our concerns mileage on your radio shows together with many others too long to mention. We may not have named you here but we truly appreciate our relationship over the years!

FSG uses this auspicious occasion to reiterate our original position against the inclusion of genetically modified crops in Ghana’s agricultural system. In particular the warning is more relevant at this time since the government through its agencies, has shown a clear intention to release commercially, a genetically modified version of the cowpea. The National Biosafety Authority (NBA) has approved an application for the commercial release of the GM cowpeas, officially handing over a deregulation permit to the Council for Scientific and Industrial Research (CSIR) a few days ago.

The cowpea locally known as beans is a staple in the sub regional diet of millions and a key ingredient in waakye, tugbaani, koose, red-red just to name a few dishes. Our fundamental concern with this novel technological innovation is the speed to market with a clear lack of guidance from research on the effects from its consumption over an acceptable period of time.

There exists no long term epidemiological studies on the consumption of a genetically modified cowpea anywhere in the world and so the claims by the pro GMO lobby in Ghana of its safety are therefore not based on science and deliberately misleading to potential consumers who may have this as a valid concern before endorsing such a product for their families to consume. It is for this reason that we express sincere concern about the organisation of sensitization workshops such as the one organized in Kumasi recently to engage the leaders of the Muslim community in promoting the safety of the new GM cowpea and the misguided use of the word “halal” by Prof Alhassan, a former head of the CSIR in an effort to assure Ghana’s Muslims that the cowpea is “safe” to eat.

In the same breath, we also remind the Ghana Food and Drugs Authority (FDA) to take all necessary measures to ensure that there is mandatory labelling of all food and feed in Ghana containing genetically modified organisms (GMO) as ingredients. This we believe will ensure that the right for consumers to choose what they purchase is upheld and eventually the market will respond to the preference of Ghanaians.

This proposal to grow GMO’s in Ghana presents a huge threat on the biodiversity of the nation and sub region since Ghana is one of the countries where the cowpea originates and has been cultivated and consumed for millennia. There are many traditional varieties of the cowpea which stand to be lost forever due to contamination in the field by the character of the GM variety. We urge key stakeholders and most of all the Ghanaian public to show greater concern for what is happening to our food systems

Ghana’s agriculture does not need GMOs. All the independent experts agree. In reference to the proposed release of a GM cowpea, there is no scientific consensus on the safety of GMOs. This is the position of independent scientists with expertise related to the subject, published in a reputed peer-reviewed scientific journal (see: https://t.co/PP917ONTfa).

Ghana’s government must rather discourage the declining soil fertility through the use of dangerous agrochemicals and rather promote policy that will produce pliable roads from farm gate to market. They rather need credit extended from banks, investment in irrigation technology and post-harvest infrastructure for storage.

With the real experiences of millions around the world on the effects of climate change, it is crucial to ensure that in food production, we have the most resilient seeds produced locally that are adapted to the different environments and climatic zones we have in the country. Efforts to introduce policies that disenfranchise small holder farmers must be reconsidered as Ghana is a signatory to international treaties that oblige us to protect the rights of small holder farmers. Unknown to many, their contribution in agriculture has given us the variety of crops we have today and the practice of exchanging, saving and selling seeds amongst farming communities must be encouraged.

We also use this occasion to repeat our call to the Environmental Protection Agency (EPA), Ministry of Agriculture and the Ministry of Health to ban the use of dangerous chemicals in our food production like glyphosate and chlorpyrifos based pesticides and herbicides. The International Agency for Research on Cancer (IARC) as well as the World Health Organisation have all expressed concern about the negative effects of such chemicals on human health and the environment.

We cannot have such a platform in this time and not mention our utter disappointment as a civil society organisation in the leadership of the land on the scourge of illegal small-scale mining referred to locally as “galamsey”. This menace has spiraled out of control and the implications on the future welfare of small holder farmers regards access to arable land and our ability as a nation to produce potable water will be devastating for us ALL unless there is a change of attitude and a real commitment to deal with the problem immediately by key stakeholders.

This call therefore stops at the feet of HE the President, Nana Addo Danquah Akufo Addo in whose hands the integrity of our future lies. We question your loyalty to the simple enforcement and application of existing laws and regulations but we remain confident that a realization even today of what really must be done is never too late. 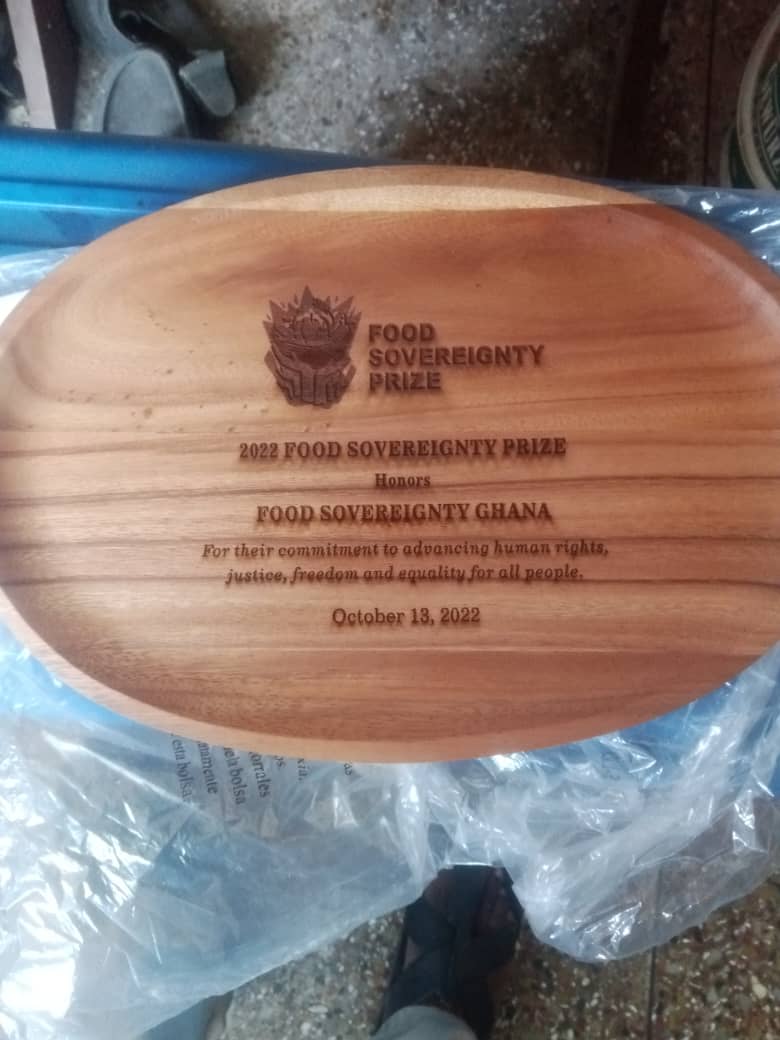 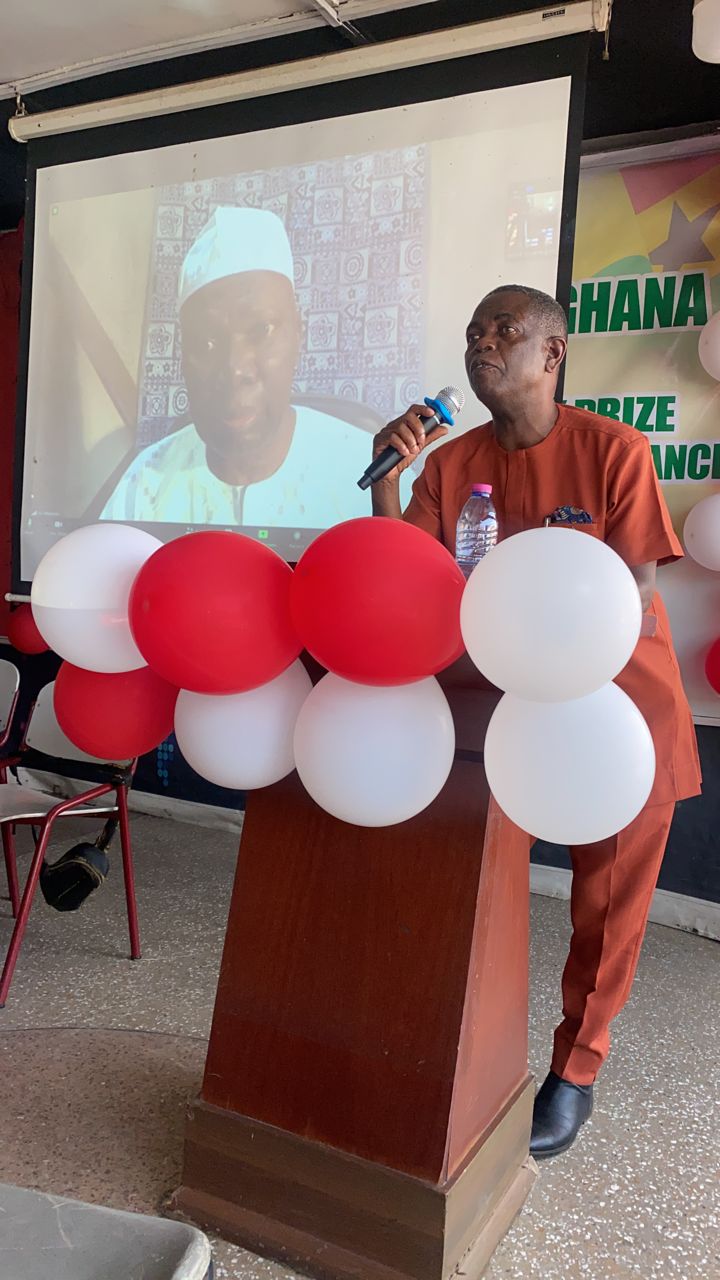 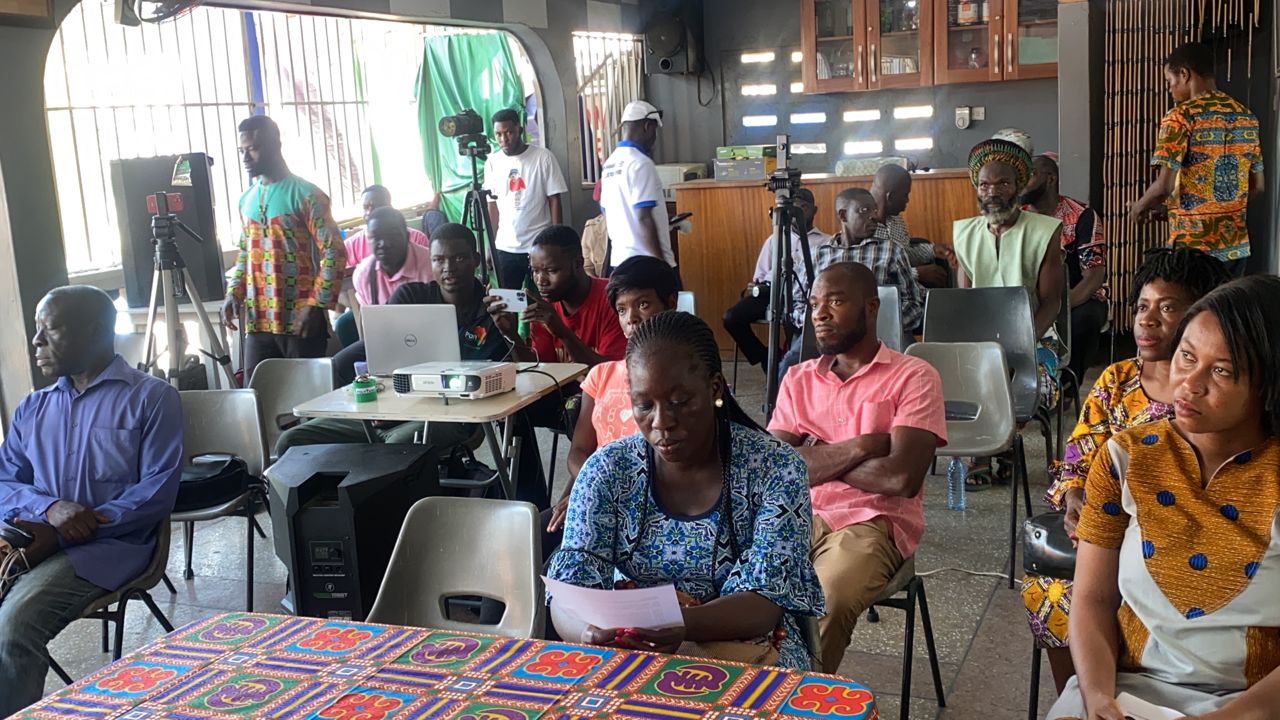 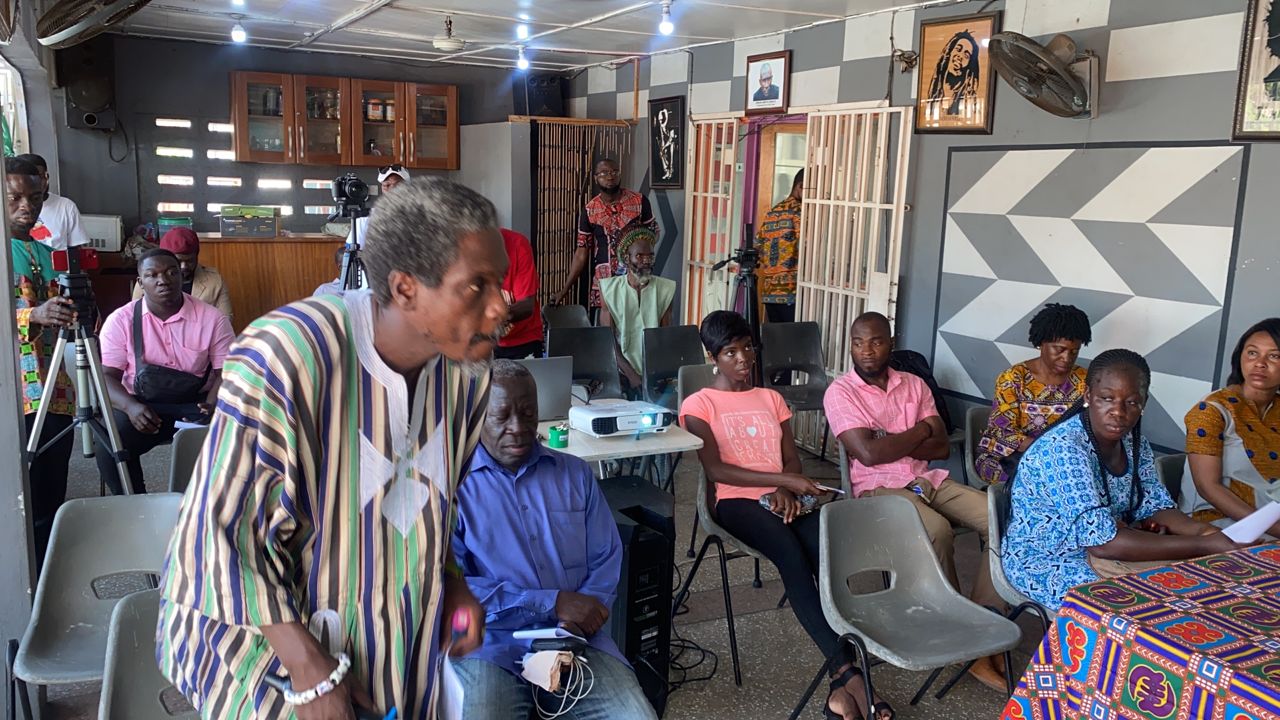 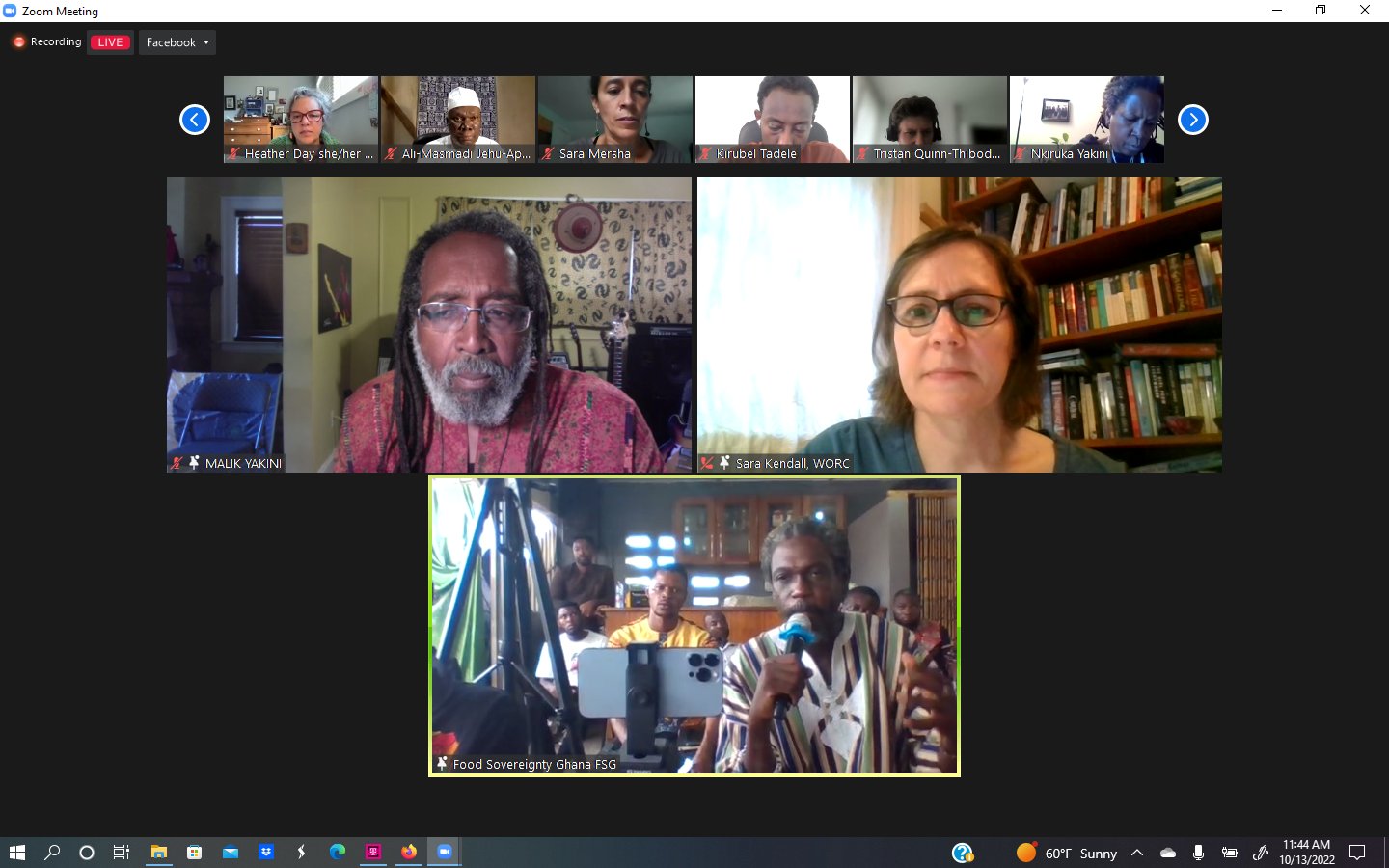