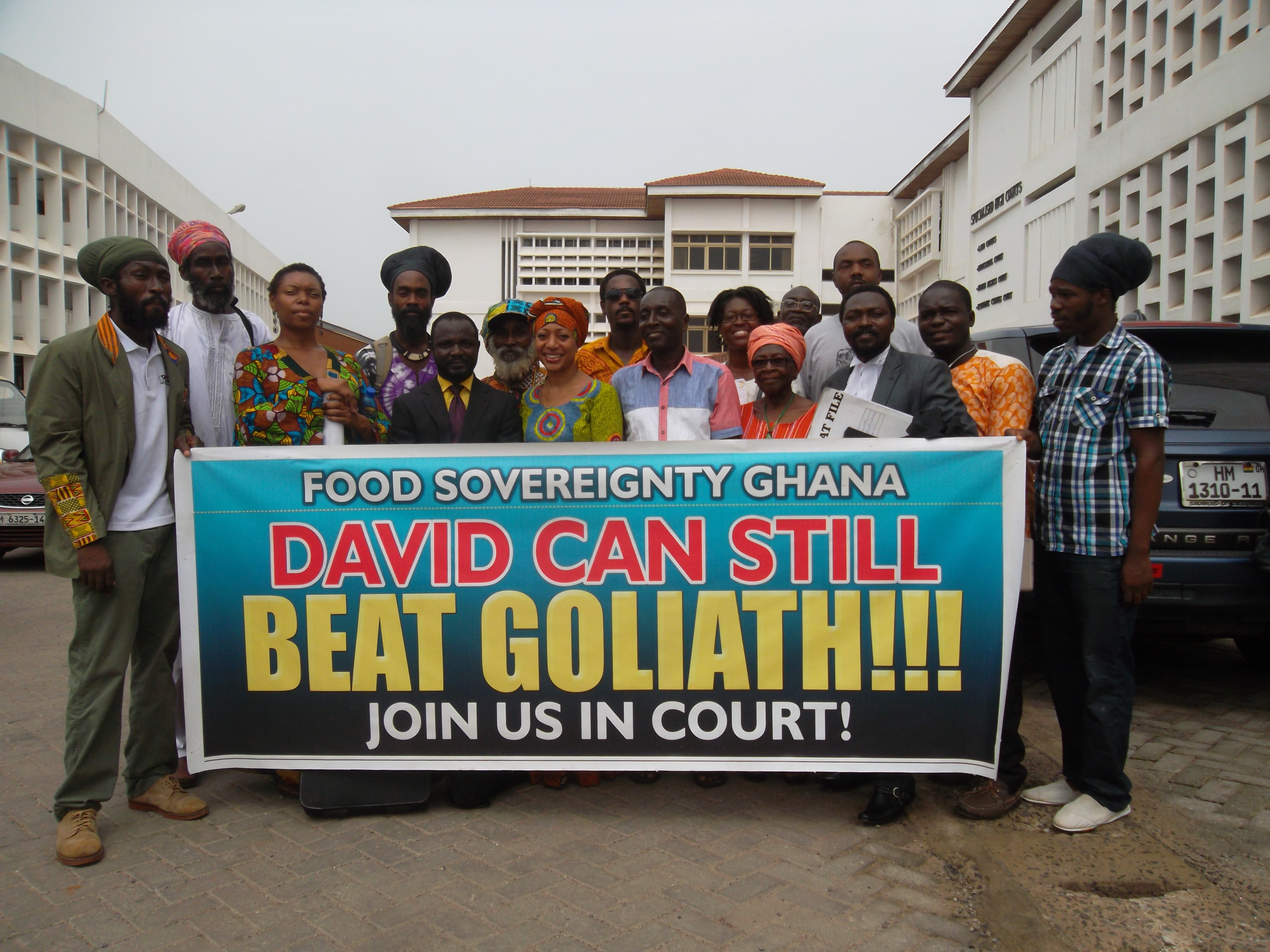 The Human Rights Division of the High Court in Accra today reconvened to hear the case filed by lead plaintiffs Food Sovereignty Ghana against the Ministry of Food & Agriculture, The National Bio Safety Committee as well  the newly inaugurated Bio Safety Authority and the Ghana National Association of Farmers & Fisher folk (GNAFF). FSG is seeking an injunction against the commercialization and release of genetically modified Bt cowpeas and rice by the defendants.  The announcement of the planned release was made in the Ghanaian media by  Savannah Agricultural Research Institute (SARI) which specified plans to distribute the seeds in the three northern regions of Ghana.

In today’s proceedings Mr Bright Akwetey, counsel for the second plaintiffs, The Convention People’s Party (CPP) prayed the court to permit him to submit a supplementary affidavit in support of FSG’s position on the pending matter. Judge Kofi Essel Mensah granted the request based on the fact that he thought the application was well intentioned in bringing to the attention of the court, any laws or documents which would provide more understanding of the issues surrounding the case.

He reminded the court that no one person was a repository of all knowledge and that the evidence Lawyer Akwetey intended to submit would be useful in helping to determine the merits of the case brought before the court.

Counsel representing the Ministry of Food & Agriculture as well as the Attorney General’s office were absent from court as State Prosecutors in the Judicial Service had earlier begun their announced strike.  Counsel for the 1st, 3rd and 4th plaintiffs George Tetteh Wayoe expressed concern that the undetermined duration of the strike may delay proceedings and hoped that it would not drag out for a long period as the matter brought before the court had a human rights dimension to it and delay in determining the case could affect the timely delivery of justice.

The Judge ordered Lawyer Bright Akwetey to file his supplementary affidavit by July 15 and set the date for reconvening of the case to July 22.

FSG maintains that Ghana is bound by its legal obligations under the Cartagena Protocol on Biosafety to observe the precautionary principles and due process, before the approvals for the so-called “confined” field trials in the country as well as plans to commercialize and release GM crops contravention of the provisions of that Protocol.