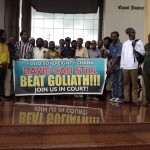 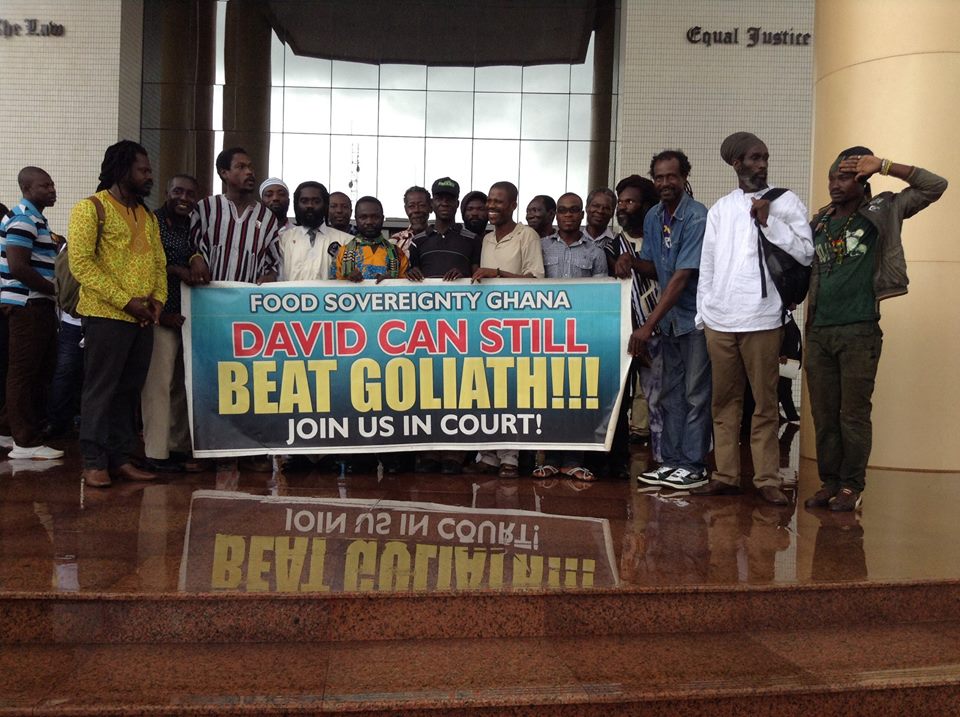 FSG Members and supporters in court on Tuesday, 20th October,

Sir Justice Dennis Adjei the newly appointed judge on the GMO case in Ghana presided over affairs of the high profile case for the first time this morning at the Human Rights Court set the 29th October, 2015 to give his ruling. The court room is one of the newly inaugurated building  of the Judicial Service on John Evans Atta Mills High Street. The session will begin at 9.00am.

Lawyer Tetteh Wayoe legal counsel for lead plaintiffs Food Sovereignty Ghana informed the court of the wide interest both locally and internationally that the case was receiving and stressed the importance of adhering to the international laws and protocols that governed the novel biotechnology which results in the creation of genetically modified organisms.

It is the contention of FSG that Modern Biotechnology is a potent and novel technology that presents unique risks. This means that whatever the perceived benefits seen in the advances in biotechnology, they must be developed and used with adequate safety measures for the environment and human health. This is why the international conventions regulating its safe use need to be respected, hence the application for the injunction.

Lawyer Wayo therefore stressed the point that the human rights and genuine interests of his clients made it a must that the injunction application he sought be granted by the courts for the substantive case to begin.

The legal counsel for the second plaintiffs, the Convention People’s Party (CPP) prayed his Lordship to grant more time to submit an application for supplementary affidavit in support of the interlocutory injunction however this request was not granted citing a delay of proceedings. The Judge moved the motion for the interlocutory injunction and set October 29th 2015 for the date to deliver his ruling.

The upcoming ruling will be a landmark decision since this is the first case of its kind to be brought before a High Court of the land.  With regards to the raging debate on the introduction of GMO’s into the country, this decision will certainly set a precedence for the way forward. Meanwhile, the temporary ban on the release and commercialization of GMO in Ghana as sought by the injunction application continues to remain in force until ruled otherwise.