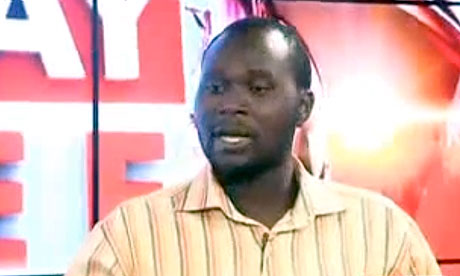 This announcement has become necessary in order to alert institutions, organisations and individuals who may be dealing with him on our behalf that anyone who deals with him on behalf of Food Sovereignty Ghana, does so at their own risk. The resolution read:

“Whereas Mr. Duke Tagoe has conducted himself in the recent past in a manner that is detrimental of the interest of Food Sovereignty Ghana and to the furtherance of its objects,

And whereas the Companies Act, 1963 (Act 179) gives authority to the Executive Council in Section 13 (b) (ii) Resignation Or Exclusion Of Members, in our Rules and Regulations, to wit:

13.  (b) The Executive Council may in its discretion exclude from membership of the Association any honorary, ordinary or associate member.

(ii) If in the opinion of the Executive Council the continued membership of such person would be detrimental of the interest of the Association or to the furtherance of its objects.

IT IS HEREBY RESOLVED:

Mr. Duke Tagoe’s last post in FSG was General Secretary. He has also served in various positions as Deputy Chairperson, Officer Responsible for Project Finances, and represented Food Sovereignty Ghana at various international conferences and fora. His dismissal follows a determination of non-cooperation, negligence, and inability to properly account for project funds under his responsibility, and persistent rude behaviour towards the leadership of FSG and other organisations friendly to FSG.

In a special handing over ceremony witnessed by Messrs. Elvis Agyei-Manu and Ottis Ocloo, on behalf of Food Sovereignty Ghana, with Lawyer John Yaw Opoku as witness on behalf of Mr. Tagoe, all documents and materials belonging to Food Sovereignty Ghana in his possession were presumed to have been handed over., thus terminating any formal engagements for FSG by Mr. Tagoe.

We are by this announcement requesting all organisations, local and international, individuals, as well as public and private entities, to take note and address all enquiries and contacts directly to our official email address: info@foodsovereigntyghana.org