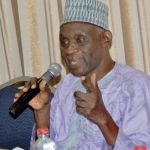 Food Sovereignty Ghana has been taken aback by extremely bizarre claims made recently by Professor Walter Sandow Alhassan, the Director of Biotechnology and Stewardship for Sustainable Agriculture in West Africa (BSSA), at a seminar on “improved seeds” jointly organised by the National Seed Trade Association of Ghana (NASTAG) and the African Seed Trade Association (AFSTA). 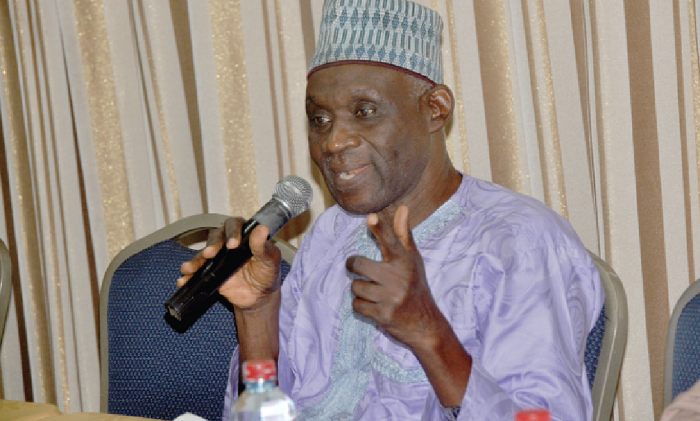 A publication in the Daily Graphic of Saturday, 30th July, 2016, cites Professor Walter Sandow Alhassan, calling “on Ghanaians to embrace the use of biotechnology in agriculture production to ensure increased crop yields to secure the country’s food basket”.

It is clear to us that Prof. Alhassan is aware himself that what he is saying here is not true. We therefore wonder why he is straining himself beyond the limits of the facts available, to peddle falsehoods about GMOs and make the misinformed and unfounded claim that “many anti-Genetically Modified Food (GMO) advocates were ignorant about its benefits, adding that the need had come for the country to approve improved means of crop production to meet its rising demand and also reduce the pressure on limited arable lands.”.

On the issue of GMOs “ensure increased crop yields to secure the country’s food basket”, this very same Prof. Alhassan had earlier conceded to truth and logic. Here is the relevant part of an email he sent to FSG admitting exactly that:

“GM crops currently on the market have not been genetically engineered for direct yield increase so your sources may be right here. What the crops have been genetically engineered to do is for tolerance to a stressor. When this stressor bothering the crop is removed, the crop will exhibit its full genetic potential to increase yield when agro-inputs are provided. Now before the anti-stressor (insect, drought, fungus, virus) is put in, the plant is bred for high yields through conventional means…” (From: “Walter S. Alhassan” <x>, Date: Sun, 3 Nov 2013 21:16:10)

This was contained in an email in response to an article he shared with FSG. By his own admission, “GM crops currently on the market have not been genetically engineered for direct yield increase”, so how does he arrive at the conclusion that “the use of biotechnology in agriculture production” ensures “increased crop yields”?

We find it strange that the so-called seminar was on the theme, “Celebrating 20 years of Successful Commercial Production of Biotech Crops: Opportunities for the Seed Sector”. We strongly believe that a more appropriate theme would have been “Celebrating 20 years of Lies and imposition of Biotech Crops: Opportunities for the greedy corporate sponsors like Monsanto”!

We have debated Prof. Alhassan several times, on radio, on TV, and by emails. He is fully aware of the level of informed responses he has received from FSG. He has even on record conceded directly or indirectly, to the veracity of our criticisms of some of the claims he is making here. A clear example is an excerpt of our reaction to an earlier message he had sent to us. We shall leave it to our readers to judge for themselves the “level” of our “ignorance” being claimed by Professor Alhassan:

“Dear Prof Alhassan…, Thank you for sharing information from the EU Farmers Concern and the Catholic Ecology magazine with us at Food Sovereignty Ghana (FSG). We have noted their contents and would like to refer you to our website for further clarification of our organisation’s viewpoints on the issues they raise.

However, as a scientist, you may also be interested in the studies reviewed by the Union of Concerned Scientists, which, based on the evidence, provide an informed perspective on GMOs. We refer you to the links below. How GMOs Unleashed a Pesticide Gusher and Do GMO Crops Really Have Higher Yields?

Nearly two decades after their mid-’90s debut in US farm fields, GMO seeds are looking less and less promising. Do the industry’s products ramp up crop yields? The Union of Concerned Scientists looked at that question in detail for a 2009study. Short answer is: marginally, if at all. Do they lead to reduced pesticide use? No; in fact the opposite. A new paper by University of Wisconsin researchers suggests GMOs do not generate higher crop yields. Monsanto’s Roundup Ready seeds have given rise to an upsurge of herbicide-resistant superweeds and a torrent of herbicides, while insects are showing resistance to its pesticide-containing Bt crops and causing farmers to boost insecticide use.

What about wonder crops that would be genetically engineered to withstand drought or require less nitrogen fertilizer? So far, they haven’t panned out—and there’s little evidence they ever will.

There is a global consensus of agri development experts and scientists as expressed by the 2009 International Assessment of Agricultural Knowledge, Science and Technology for Development (IAASTD), a three-year project convened by the World Bank and the United Nations and completed in 2008 to assess what forms of agriculture would best meet the world’s needs in a time of rapid climate change. The IAASTD took such a skeptical view of deregulated biotech as a panacea for the globe’s food challenges that Croplife America, the industry’s main industry lobbying group, saw fit to denounce it…”

Prof. Alhassan also claimed that “the introduction of biotechnology would automatically help reduce the use of agro inputs such as residuals and fertilisers which research had shown were key cancer-causing agents in humans”. This would have been laughable if it were not cancer we are talking about here. The Bt cotton currently being developed in Ghana, is also “Roundup ready”, which means it has been developed to be resistant to Monsanto’s profitable herbicide, “Roundup”, which has been famously singled out as “probable carcinogen” by the World Health Organization (WHO)!

It is about time Ghanaians called out Professor Alhassan to come clean and explain why he must not be considered a conduit of the pro-GM lobby, hired to promote GMOs in Ghana, without regard to science and facts, and to attack conscientious and legitimate anti-GMO groups like FSG.

We hereby take this opportunity to reiterate the call demanding an indefinite moratorium on or ban on all GM Foods In Ghana, until the long-term health impacts of GM food consumption in the light of uncertainties raised by animal feeding studies are well-studied and known.